Today we were venturing out of the Disney bubble – we were off to Seaworld! And Ali was coming too!

We were up and out quite early, as we only had one day planned in Seaworld, we wanted to make the most of it. Sy managed to get ready quickly this morning too 😉

Arrived at about 9:45 and the car park was pretty empty. Lots of buses with school trips were arriving – makes the trip to a local discovery centre look a bit pitiful! 😂

We picked up a map on the way in for all the showtimes and made a plan of action. We knew we wanted to see the new Clyde and Seamore show, Blue Horizon and One Ocean. We were going to try seeing some more but only if we could fit them in. It’s been a good few years since Ali had been on Seaworld so we wanted to pack her day full and make sure she didn’t miss any must do’s!

First show of the day was Clyde and Seamore. We were a little early so we went off to try and feed the sea lions…. I say try because anyone who has been to feed them before will know, the birds round there are blooming deadly! I managed to feed 2 out of 4 fish to the sea lions 😳 and I would say I’m pretty savvy with the birds so if I can only manage half I hate to think how many others give to the birds haha. 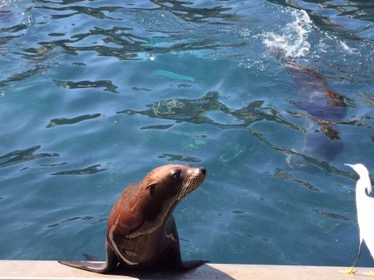 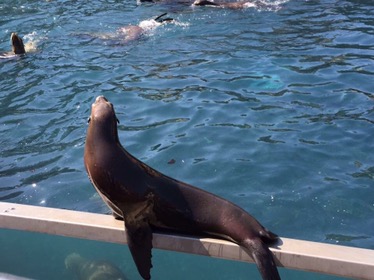 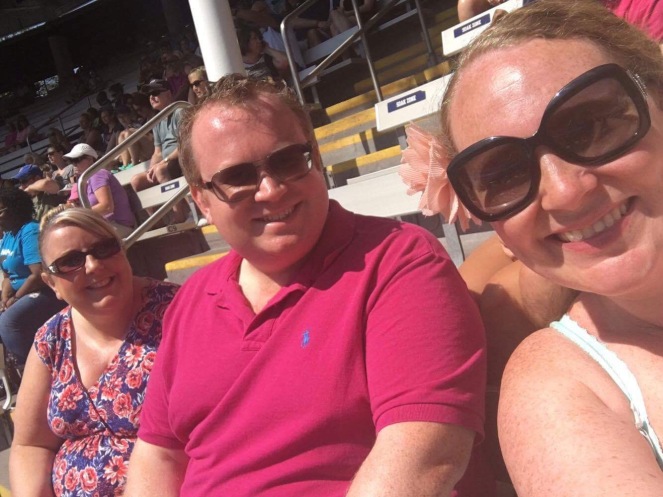 The new show just isn’t as good as the old one, and I still miss the mimes! But it’s a fab show – a must for any sea lion lover.

Now about that splash zone… I’ve seen the show before, we were right at the back of the zone. We should have been fine! But oh no – We got it right in the face! It was like it was aimed right at us! I’m not too sure Ali has forgiven me yet 😳 especially after what came later today… But let’s not jump ahead of ourselves yet.

We had a bit of time so we went to ride on the sky tower! It was such a clear day we could see for miles. 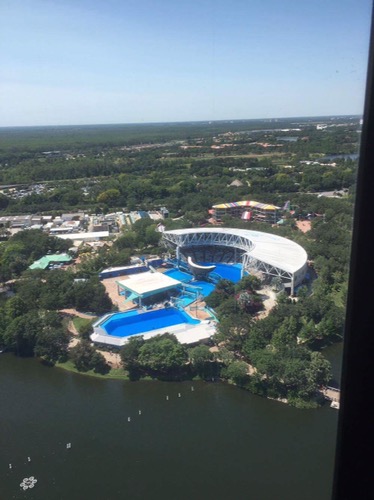 We than made our way over towards the Shamu stadium via the new Passholder lounge. I have to say I was quite impressed, free style Coke machine to help yourself to, mobile phone charging points, table service food. We didn’t stay for long (we didn’t have time) so we grabbed a couple of drinks to go and made our way to the stadium. 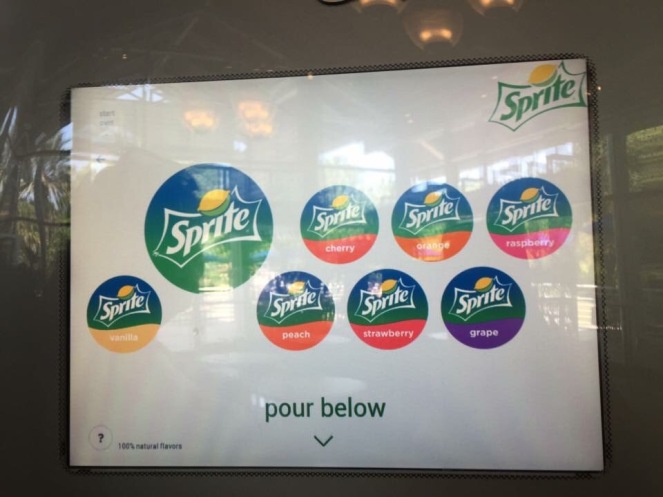 The show was wonderful as always. 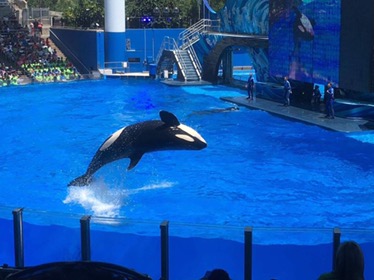 We tried to see the orcas in the underwater viewing area but they were all off in the other pool – I’ve never managed to see one there.

We were now getting pretty peckish so we stopped in to the food place next to the stadium to get some lunch. We clearly stopped in at the wrong point (along with everyone else who was leaving the show) cause the queue was mahooooosive. Ali and I got some chicken tenders while Sy got a curried chicken croissant – he said it was lush.

We went into the Wild Arctic next to see the Beluga whales. Ali and I bypassed the little ride to get in cause neither of us fancied saying hello to our lunch again. Sy decided to brave it though (which he later lived to regret somewhat).

Inside I have to admit I was a bit gutted, the young playful beluga whales have gone off to another aquarium now 😦 they used to have 3 in there – 1 older and 2 young. Well the older one wasn’t too impressed with the young ones and another aquarium had an older one who was sad on his own so they swapped. I only know this as I asked the lady there who was answering questions about them. They are still beautiful though – I just missed them playing around. We saw some otters in there too.

Next up was Journey to Atlantis. Ali isn’t a huge ride person and she doesn’t like being wet… I know – Great thinking taking her on a water ride 😆 she was a little nervous before we got on. 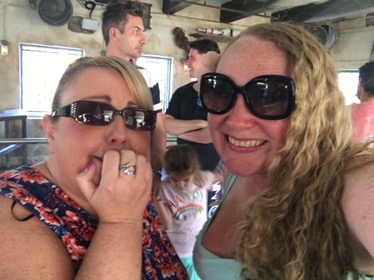 It’s ok I said, we will sit in the back I said…

Only problem was in front of me was Sy, and in front of Ali was a teeny child. Well you can imagine what happened I’m sure, I stayed pretty dry behind Sy while Ali got no shelter at all and ended up drenched to the skin – she was that wet she had a pool of water in her lap 🙈 ooooooops!

I think she’s just about forgiven me now luckily 😜

It was then time for Blue Horizons. Just love this show! We noticed a difference in the shows this time, with a huge emphasis on conservation. Nice to know a bit more about why they do the things they do rather than just watch the tricks (love the tricks they can do too!). 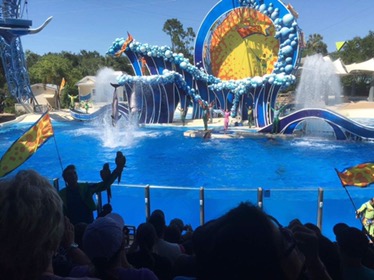 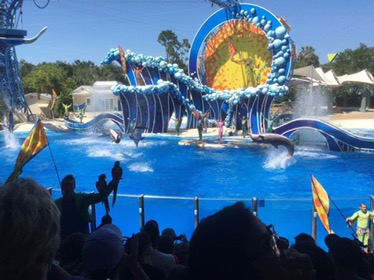 Afterwards we walked over to watch dolphin viewing. The Dolphins were really playful here, coming up for lots of attention – it was fab! Ali had her first ever touch of a dolphin. 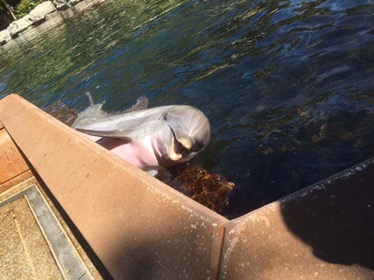 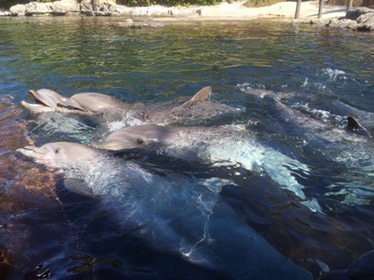 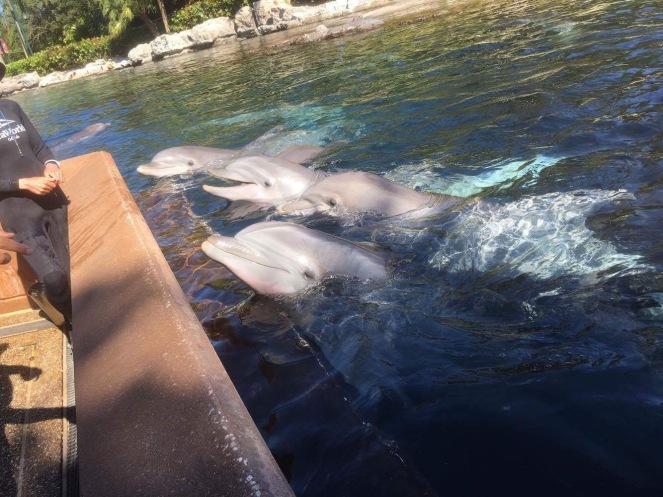 I could have stayed there all day but in fear of boring Sy and Ali to tears we set off to the next thing, which was stingray feeding. Ali decided to just watch me feed them – she touched a dolphin for the first time but drew the line at feeding the rays 😉

We went to see the manatees and stood chatting with the girl there about them, how they had come in. One of the manatees came in hurt at a young age, they had released him last year but within a few months he was back – he had been found in cold water with pneumonia 😔 he will likely have to spend the rest of his life with them now, so thankful that Seaworld is there to help him ❤️ 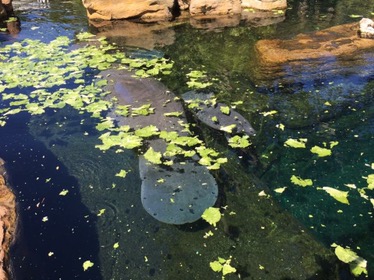 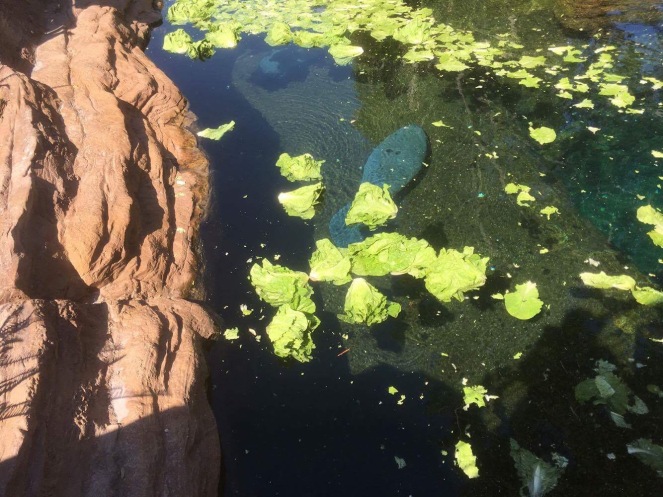 Last stop was the dolphin nursery. We stood listening to the guide talk about who was there for a little while before making our way to the park exit. It was now 5:15pm. It had been a loooooong day but it wasn’t over yet.

Back inside the Disney bubble we dropped Ali back to Pop Century and we popped back to our room to get showered and changed. Tonight we were out for dinner with Carrie and Mark.

We decided to try a new place to all of us, Chuy’s on international drive. We head out front to pick the car up, Sy had to grab a quick picture by the invictus games car – the Boardwalk is one of the hotels looking after the VIP’s so we saw these cars outside daily – sadly Prince Harry was at the Grand Floridian though 😩

We arrived at Chuy’s a little bit late, Mark and Carrie had gone in ahead to grab a table. They already had decided what to eat so Sy and I decided on a whim what to get.

Is it just me who thinks this is weird? 😂 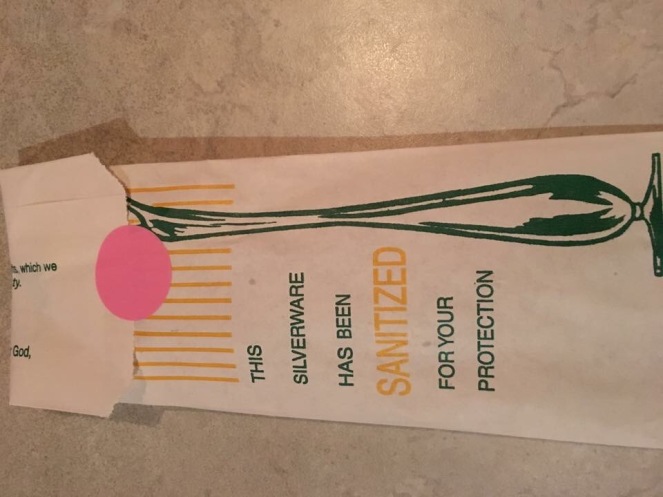 We paid for dinner with a nice tip for our fab waiter who’d had to wait for us to arrive. We then head back to the Boardwalk. i hopped in the car with Carrie and Mark went with Sy. Back at the hotel it was crazy busy with invictus games cars! We got parked miles away and walked to the hotel.

We went for a wander around the Boardwalk outside to see some of the performers. Gotta take a moment to say this woman right here is my hero! Making the kids stand and her get pushed around by what I assume is her hubby 😂 if my bum was small enough that’s totally what I would do to! High five lady. 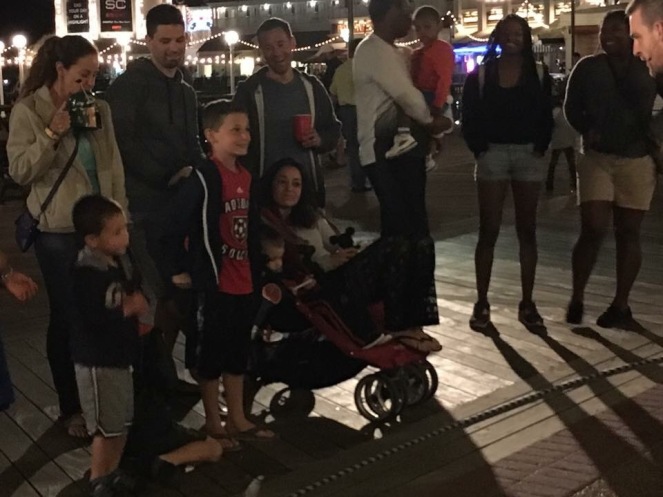 We stood watching the magician for a while before moving on to our destination, Jellyrolls. Disturbingly for me, I wasn’t id’d on the way in 😭 we paid up, grabbed some drinks and found some high stools at the back of the room.

I managed to snap a couple of pics in there but there’s no filming sadly. We had such a ball, didn’t want the night to end. We sang lots! The best kind of night to be had, with great friends having a merry old time ❤️ 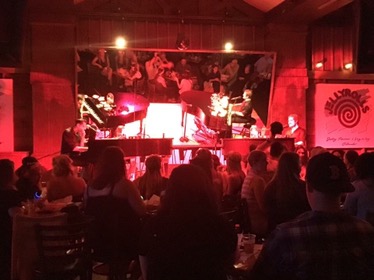 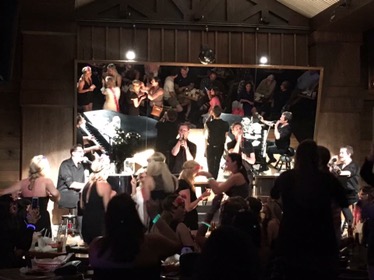 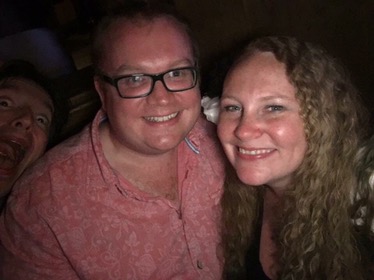 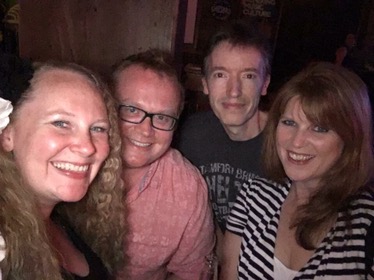 Unfortunately though the night did have to end…. at about midnight. We walked back to the hotel together before saying goodbye to Carrie and Mark.

We head up to bed and start to feel weary on the way, turns out that long day was catching up with us.

I’ll leave you with this picture that I took on the walk back to the room. I love the Boardwalk. 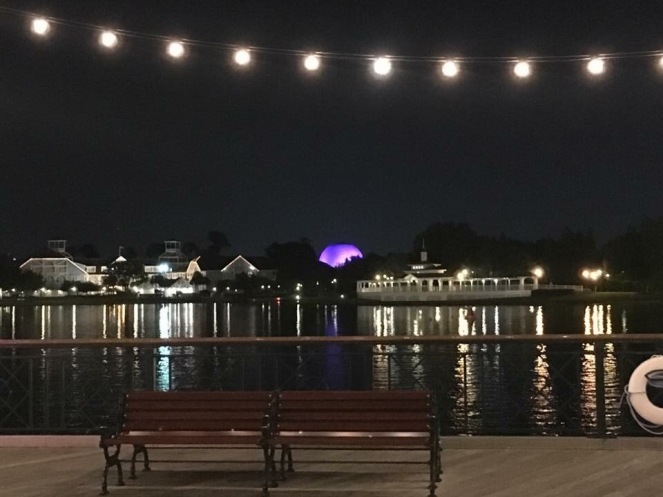